Coding is a process of using a set of programming languages to give instruction to the computer to perform a specific task. As Computer doesn’t know anything itself example when you click on an application through your mouse an application opens because the computer is taught to perform the task by giving a proper set of code. Every line of code tells the computer what to do and How to react when a particular action takes place. It is similar to that you are giving driving instruction to someone who didn’t even know what driving is so you need to tell him everything from the beginning to get the required output from him. A document full of code is called a script. Each script is designed to carry out a job.

Why you should learn to code?

1.First and most important is Attractive Salary-

learning to code not only add a skill to your basket but also can get you a high paying job with attractive Perks and who doesn’t want to live a good and luxurious life. Coding can make you live your dream life as coding jobs are one of the highest-paid jobs across the world

Coding not only gets you a high paying Job but also develop great problem-Solving skill and logically skill. Coding makes you smarter so that you tackle any situation easily. It tells you how you can approach a problem and solve it

3.You can pursue your interest-

Mostly Coding Jobs are between 9 to 5 which means You will have an ample amount of time to pursue your interest. I have seen many coders who pursue there interest side by side along with there Coding Jobs and are very happy with there decision of learning to code

If you feel that you don’t want to waste your life in a 9 to 5 job you can do freelancing if you know how to code which can too generate you a good income. If You have a unique skill which everybody doesn’t have and if you are good at it. Everybody will be ready to pay you for that skill

Why everyone should learn Coding

This Is an Era When Technologies are Ruling the world even the computer or mobile phone you are using to read this article requires a particular set of codes to perform the task. let me share it with you

Coding is such a powerful skill which if you learn can stand you out of the rat race and unemployment. Coding not only increases your problem-solving skill but also increases your creativity level. Web pay huge pay money to our service provider to use internet why not earn money from internet . Most of the coders are earning huge amount of money from internet by making websites and apps by learning to code they are making annual income greater the 70 percent of people living in US .

Is coding hard to learn 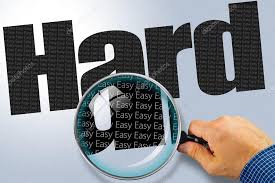 Yes, coding is not very easy to learn It is a bit challenging but on contrary, it is very Rewarding. Learning To Code Involve a lot of effort, practice, patience and a Positive attitude towards Learning, You Need to invest a lot of time into it and still you will fail a lot of time but just remember one thing failure defeat losers but inspires winners, If You are afraid of losing then you can never become a winner because after learning to code you will be one of those who are not dependent on any one else for there job . They create their job by themselves and earn money as much as they want .

How much time will it take to learn to code?

It totally depends on person to person but on average it takes 6 months to learn any programming language from scratch to mastering its concepts . Now there are some people who learn coding in just a month or two because of great passion and a positive attitude but generally, people get bored while learning to code and quit learning but after gaining motivation they start again and this process continues and that’s how it takes at least 6 months to learn to code . But if you are ready to put effort then time doesn’t matter because learning to code is a life long process . You will be learning new things almost every day

Is Coding for everyone

Yes anyone can learn coding , There is no age limit to learn to code you can learn to code at any age and at any time some people feel that its too late to start learning for them but there is no right time to start in fact Today is the right time . If You want to start something dont wait for the right time . Today is the right time because we don’t know about future and we can’t change the past. Now, coming back to our question Is Coding For Everyone ? Yes Coding is for Everyone but are you made for Coding there is a famous quote by elon musk – If you are discouraged by someone telling you not to do it, then you were not meant to do it in the first place So Ask yourself are you made for coding because coding is made for Everybody

Which programming language should you learn to start coding

Hi my name is Tushar Ganotra and I am the founder of Programwebtech. I started Blogging in 2020 as a passion. I love writing on technology and programming related stuff as I am myself into it so I try to help others who are new to this field and If I am able to help a single person through my blog then I will consider my self as a successful blogger